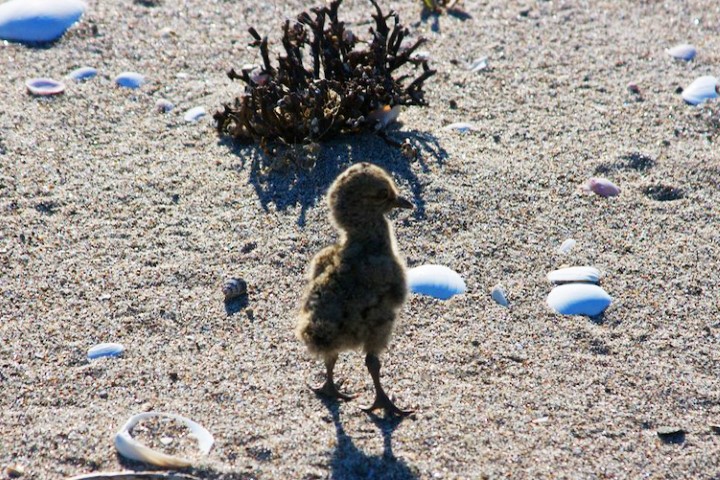 The areas within our BMP’s are populated by a wide range of species, both native and invasive. The wetlands are popular with resident and migratory shorebirds, and the dune systems provide fantastic habitat for native reptiles such as shore skinks, as well as many different invertebrate species.

Unfortunately, these areas are also home to pest mammals such as rats, stoats, and feral cats, which are devastating to ground nesting birds.

One of the main aims of our work is to provide a safe, natural environment in which native species can flourish, and to minimise the impact of pest animals through our eradication programmes.

The native flora of Maketu provides high-value breeding habitat for native birds, specifically the Northern New Zealand dotterel (Charidrius obscurus), variable oystercatcher (Haemantopus unicolor), red-billed gull (Larus scopulinus) and white-fronted tern (Sterna striata). Breeding success of birds such as the New Zealand dotterel has improved recently, which, combined with the presence of the rare black-billed gulls nesting on the spit, is a sign that pest control by MOWS volunteers is having a positive effect.

A wide variety of native and migrant birds also use the spit and associated mudflats for feeding and roosting, especially during the winter, including: bar-tailed godwits (Limosa lapponica), royal spoonbills (Platalea regia), wrybill (Anarhynchus frontalis) and the extremely rare and threatened fairy tern (Sterna nereis).

The Waihi Harbour WMR is an excellent place for bittern, with large areas of natural saltmarsh, an enclosed mainly freshwater wetland, streams and farm drains, all of which seem to be favoured by Matuku. We are fairly certain that they breed regularly in both parts of the reserve and we are working with DOC to develop a better protection and monitoring programme.

The breeding season for the majority of the shorebirds around Maketu is between August and March. Over this period we put fences around the nesting areas to help avoid disturbance. It is important to keep disruption to a minimum and to keep an eye out for nests while walking. Nests can be extremely inconspicuous, and chicks are often well camouflaged, so be aware of where you are putting your feet!

We are now in our tenth year of monitoring the shorebird populations, and the numbers recorded are encouraging. The numbers of most species have increased, which we hope is due to our pest control program, giving the best possible chance of survival. We carry our rodent control on Maketu Spit just prior to breeding season, laying out 160 bait stations.

Once cleared of pests we try not to disturb the birds, apart from the regular monitoring, which is done almost exclusively by walking around the perimeter. The species we are most interested in are the northern New Zealand Dotterel, red-billed gull, black-billed gull, variable oystercatcher and white-fronted tern.

The Amazing Journey of E7

It has long been known that  Bar-tailed Godwits undertake incredible migrations from New Zealand to Alaska and back, but to find out more about this amazing journey, in 2007 several godwits at Miranda and Farewell Spit were fitted with radio trackers.

The journey of the bird known as ‘E7’ then became legend. The battery on the transmitter surpassed it’s expected lifespan, as was able to track the godwit on it’s whole voyage. From Miranda to Alaska she had a brief stop at Yalu Jiang Nature Reserve on the Yellow Sea. This was impressive enough, but it was the next leg that really got jaws dropping, with a non-stop eight days flight of 11 700kms back to New Zealand!

E7 has since chosen Maketu for her retirement, and has been seen at Dotterel Point, Pukehina.

Shore skinks (Oligosoma smithii) are a small native lizard found along shorelines. They can vary a lot in colour, being black, grey, brown, greenish, speckled or striped.

MOWS conduct regular surveys to estimate the population size and distribution within our project areas. Animals are collected in pitfall traps and details such as location, length, weight and health condition are taken as part of an ongoing project. All animals are released immediately after measurements are taken.

There appears to be an overall decrease in the number of skinks detected at all sites over time. Of particular concern is strong decline in the number of lizards being caught at Dotterel Point, with the lowest recorded number in February 2019. Possible causes for this long-term downward trend could be predation or change in vegetation. Following this result, Maketu-Ongatoro Wetland Society volunteers trapped Dotterel Point intensively and caught 13 hedgehogs in a short period of time.

We hope that our continued pest control program at all our sites will help to protect this species from predation, and allow their populations to recover and thrive. 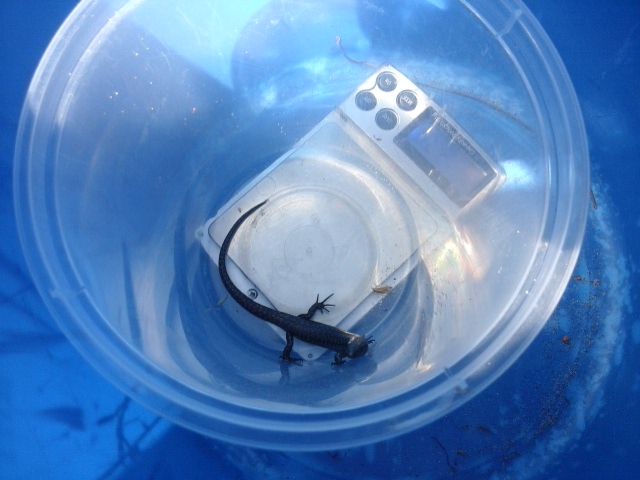 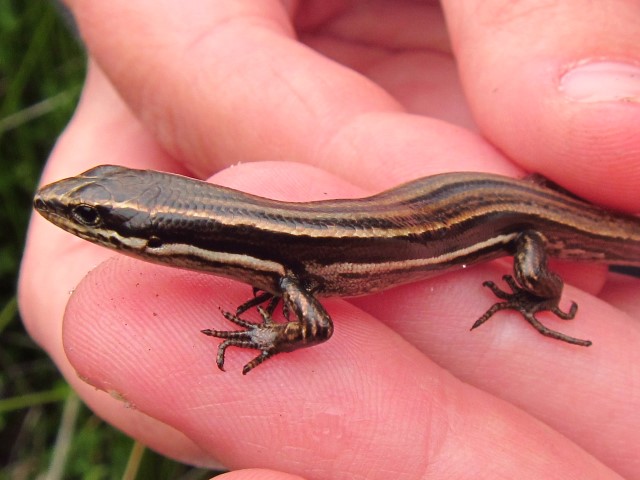 The dune systems have a high incidence of native invertebrates. Well over 150 species have been recorded, including five new or un-described species, notably a new spider and a new beetle. MOWS conduct surveys on a regular basis, using pitfall traps to collect specimens. 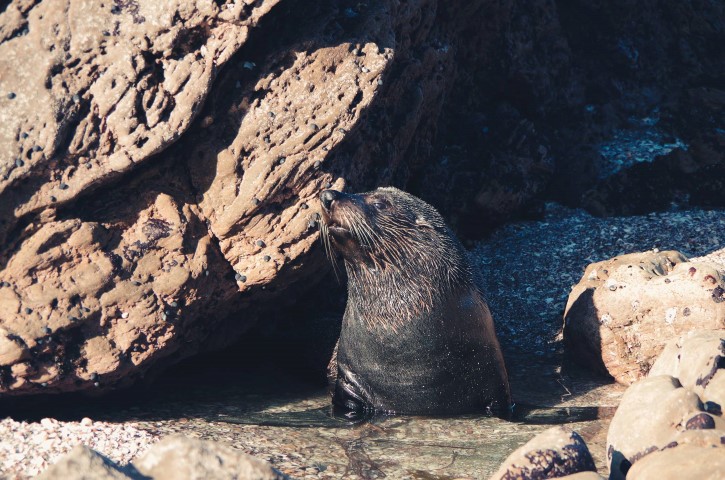 New Zealand is home to a wealth of marine life, and a wide variety of species are found in the waters around Maketu. There is a large population of New Zealand Fur Seals (Kekeño) as well as sharks, dolphins, whales, orca, stingrays and jellyfish.

Unfortunately, marine mammals are sometimes found stranded on the local beaches. If you find one, either alive or dead, please call DOC on 0800 362 468 or Project Jonah on 0800 494 253. Fur seals, especially pups, are often just resting, so make sure they are not disturbed or obstructed from getting back into the water. Keep dogs on leads and well away from any marine mammals.